The IV Annual International Scientific and Practical Conference on Food Security and Soil Science took place on December 5-6, at the Russian Research Institute of Floriculture and Subtropical Crops in Sochi. The event was dedicated to the celebration of World Soil Day.

The Eurasian Center for Food Security, World Bank, FAO Liaison Office with the Russian Federation together with partners held this event for the fourth time. This year Russian Research Institute of Floriculture and Subtropical Crops and Russian State Agrarian University – Moscow Timiryazev Agricultural became co-organizers. Every year the event is of increasing interest among scientists and  experts from different regions of Russia and the world. This year, the conference brought together 98 participants from Austria, Armenia, the Kyrgyz Republic, Mozambique, Russia, Uzbekistan, Uganda and South Africa. The main topics discussed at the conference were climate-smart agriculture, soil erosion and agriculture in the tropical and subtropical zones in the context of food security.

On the first day of the conference, welcoming remarks were made by: Sergey Shoba ECFS Director, Sharafan Mikhail, Head of the Department of Science and Technology Policy of the Ministry of Education, Science and Youth Policy of the Krasnodar Region, Alexey Ryndin, Director of Russian Research Institute of Floriculture and Subtropical Crops, Artavazd Hakobyan, Senior Agriculture Economist, the World Bank, Aghasi Harutyunyan, FAO Liaison Office with the Russian Federation and Yuxin Tong, Associate Professional Officer of Global Soil Partnership FAO. Mikhail Sharafan touched upon the topic of strengthening intersectoral and regional cooperation on ensuring sustainable agriculture development and told that the regional government allocates funds for agricultural. “Today agreements have been concluded at the regional level for a total amount of 120 million rubles: 50% of the regional budget and 50% of the federal budget. About 100 projects, more than 700 scientists have already received support”said Mikhail Sharafan. Watch the interview at the link (only in russian) (The video was taken on the website vesti-sochi.tv and on the Youtube channel of Vesti Sochi). Watch the interview at the link (only in russian). (The video was taken on the website Sochi24.tv and on the Youtube channel SOCHI24).

Pavel Krasilnikov at the plenary session offered the audience a question: how can humanity as a whole, and the agricultural sector in particular, be able to respond to climate change? How to mitigate the greenhouse effect by reducing greenhouse gas emissions and their fixation, including in agricultural soils, and adapt to a changing climate? Experts continued the discussion on climate-smart agriculture. At the end of the panel section, Simon Leiva, coordinator of the Global Alliance for Climate-Smart Agriculture, in his online presentation, called on Russian specialists to join the alliance. On the panel discussion on the Role of soil scientists in food security and SDG achievement discussed the importance of the soil science profession in addressing the global challenges of sustainable development, as well as the prospects and growth points of interdisciplinary research. Experts noted the importance of economic calculations to justify the introduction of technologies for sustainable soil management and mentioned that in Russia mainly soil scientists are concentrated in Moscow and St. Petersburg, while specialists across Russia are in demand. At the first Roundtable session “Technological innovations for sustainable land management”, experts discussed how to combine scientific achievements, technological developments and the experience of farmers to effectively address issues of sustainable land management. The representative of URALCHEM JSC Valeria Dobrovolskaya presented an up-to-date report on the development of nutrition systems depending on the agrochemical indicators of soil fertility. The expert suggested to consider fertilizer as an instrument for influencing food security factors. For example, fertilizer manufacturers recommend using fertigation to increase the nutrient utilization rate of plants. Valeria Dobrovolskaya cited the following facts: 70% of world water consumption is spent on agriculture, 60% of agricultural water is lost due to inefficient irrigation systems, the area under drip irrigation has increased 4.5 times over 20 years, and their annual growth is projected to be 8-10%.. The information voiced caused a heated discussion between those who want to reduce environmental protection, and those who want to produce more and better food.

Andrei Rozanov, representing Stellenbosch University (South Africa), in his report reflected the situation in the field of farmers using the services of soil laboratories and succinctly summarized the situation with the words of V.A. Gilyarovskiy: "A penny's worth dimes!". The expert quoted the prices for chemical analyzes in different countries of the world and demonstrated why it is more profitable for farmers to  usespectroscopy and what are the disadvantages of this method, why the number of chemical analytical laboratories may decrease, and why in the future a false idea about the state of the soil cover could be created .

The second round table “Agroecological problems of erosion, soil degradation and the best available technologies for climate-smart agriculture in Chernozem and Black soils” was devoted to the key issues of quantitative research, modeling, forecasting and prevention of processes of anthropogenic degradation of Chernozems and other Black soil options against the backdrop of global climate changes, economic conditions of land and water use, massively applied farming systems and agricultural technologies. Particular attention was paid to a systematic analysis of the agroecological problems of the accelerated development of erosion, increasing the economic efficiency and environmental safety of the use of fertilizers in intensive and organic farming systems. Andrei Zhidkin, representing Geography Faculty, Lomonosov Moscow State University, focused on the advantages and disadvantages of the existing system for monitoring soil erosion. Among the shortcomings an specialist highlighted a high degree of subjectivity, low productivity, and limited planning options for erosion control measures, and he attributed the simplicity of the system to the advantages. Andrei Zhidkin noted that between 2000 and 2010, EU government policy has reduced soil erosion by an average of 20% for arable land in Europe.

Olga Bazhenova from V.B. Sochava Institute of Geography, Irkutsk Scientific Center Siberian Branch of RAS devoted her report to soil erosion in southern Siberia. The specialist presented that in order to optimize land use in conditions of forced conservation of agricultural land and some weakening of soil erosion, an inventory of deflationary and erosive hazardous lands is necessary based on their mapping and quantitative assessment.

Dmitry Sidorenko, head of the agronomic department of EuroChem Trading Rus LLC, in his report demonstrated the main mistakes that farmers make when managing plant nutrition. Often only nitrogen, phosphorus and potassium are taken into account, while a plant needs a balanced diet, which consists of at least 13 nutrients (for example, a lack of calcium can seriously reduce yield and product quality). Soil analyzes are not done or not done on time; fertilizers are used in the manner "the more the better!". High doses of fertilizers increase the salt content in the root zone and with a lack of moisture, plants can get burns. The terms for fertilizing are not respected, they use the same fertilizer formula. The expert recommended substantiating fertilizer programs in accordance with the nutrient requirements for a particular crop, land use level and local soil and climatic conditions. Participants of the round table “Agriculture in the subtropical and tropical zones: is soil the limiting factor?” Shared their experiences of sustainable land management in the tropical and subtropical zones and outlined the prospects for cooperation, including on the management of nutrient content in soils. A feature of this round table was a lively discussion. Representatives of African countries emphasized that the causes of food insecurity in tropical countries, along with political and economic instability and the lack of effective social policies, are low agricultural productivity, including as a result of a deficiency of basic nutrients in the soil and unfavorable  physical properties of the soil, and also a critical lack of specialists and knowledge. So, in Uganda, 6 specialists in the field of soil science and agricultural chemistry are graduated annually. The last issue that was dealt with by a detailed study on human capital in soil science in Africa, Central Asia and the South Caucasus, published by ECFS for World Soil Day 2018. Valeria Bukina, director of the Russian Holzer Permaculture Center, NaturBook, noted that the limiting the factor is the soil texture, and that the primary task of sustainable land use is the management of atmospheric water, especially in subtropical and tropical zones with high  precipitation level and in erosion hazardous areas.

Lyudmila Malyukova emphasized that there are subtropical soils in Russia, but they cover a relatively small area. However, they are extremely important for the production of subtropical crops for the national food market. The history of the study of these soils has allowed Russian soil scientists to successfully apply their knowledge in tropical regions.

At the end of the first day, an excursion to the Matsesta tea plantations took place. Conference participants learned about the cultivation technology of the northernmost tea in the world, and conducted a tasting of handmade May tea. During the second day of the conference, the participants visited the Friendship Tree Botanical Garden. During the tour, not only discussed subtropical agriculture, but also saw firsthand how tangerines, persimmons, kiwi, feijoa are cultivated in trial plots in the botanical garden. As a sign of promising cooperation between experts in the field of agriculture, soil conservation, specialists in the field of food security and agricultural economics, Sergei Shoba  grafted on the Peace Tree. On the third day of the conference, a scientific field trip to the Adler experimental station – Branch of the N. I. Vavilov All-Russian Institute of Plant Genetic Resources (VIR) was held, during which the participants got acquainted with the richness of the seed bank of a unique experimental station and  tasted citrus fruits and kiwi. Exchange of experience and knowledge, the strengthening of cooperation between scientists, , representatives of agribusiness and non-profit organizations took place not only in the meeting room and during coffee breaks, but also on field excursions.

A distinctive feature of the conference was the close interaction of experts in the field of theoretical and practical issues of soil science and agrochemistry, agronomy, representatives of agribusiness, food safety and ecology, and the active participation of young specialists. The participants and organizers of the conference express their deep gratitude to the hosts - Russian Research Institute of Floriculture and Subtropical Crops for their help in organizing the conference. We thank all partners and participants who have become part of this significant event! The question of the location of the celebration of World Soil Day 2020 is still open, we are waiting for your suggestions!

-Prospects of application of IOT technologies for reduction of ecological risks of land use on Chernozems and Black soils, Alexey Yaroslavtsev, Researcher, Laboratory of smart technologies of sustainable development of the urban environment in the conditions of global changes 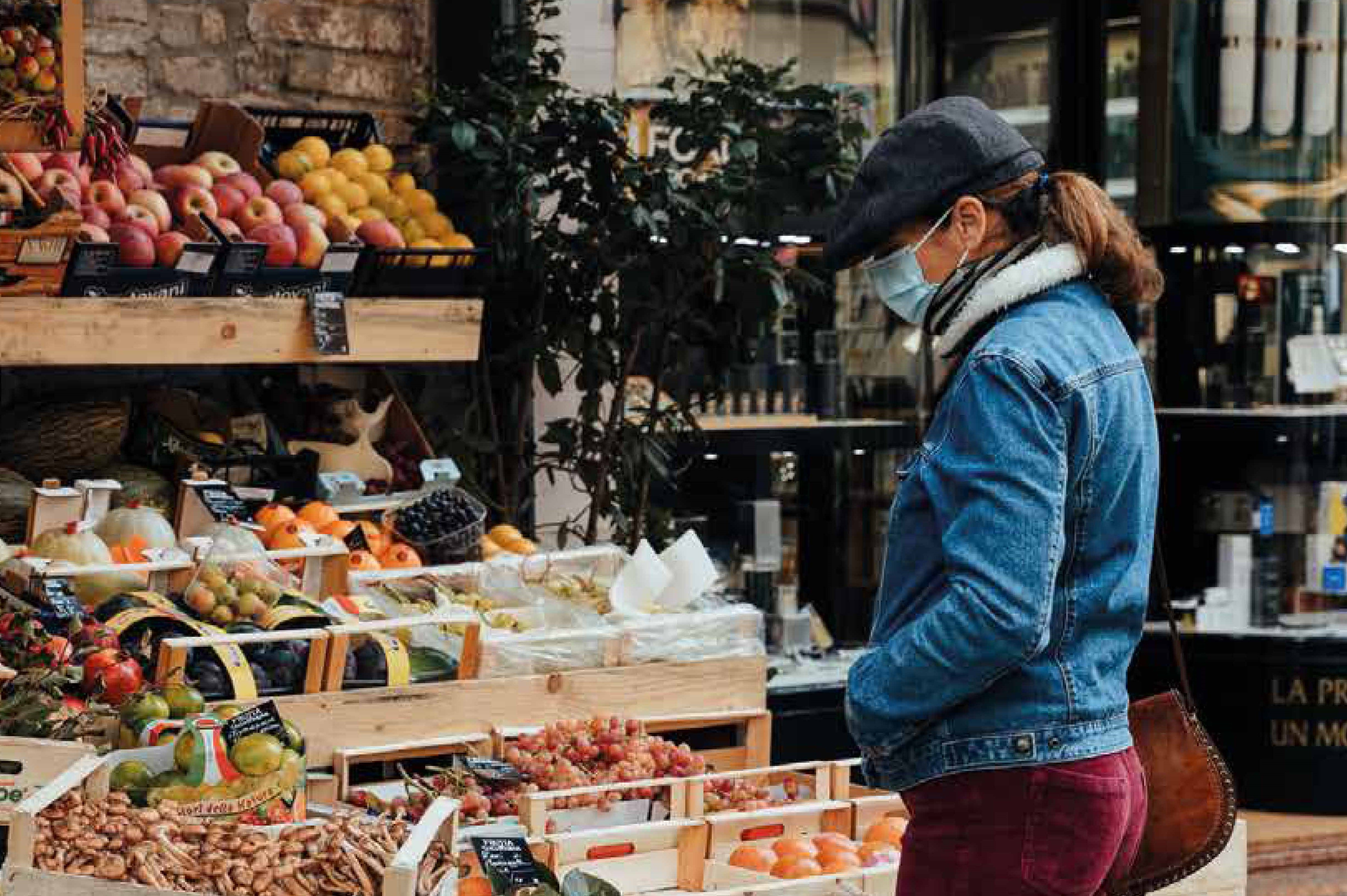